I have a cold…

And I also have a Mardi Gras parade coming up this weekend.  This is my first year as a member of the Krewe of Tucks and I’m really excited about riding in the parade this Saturday.  So, of course, I’m catching a cold.  I’m still in the “fighting it” stage, though, so I’m trying to eradicate the nasty little virus from my body.  To accomplish this, I’m ganging up on it with three different home remedies.

The first was at the suggestion of a friend of mine from high school, Laura S, who decided that I needed to swab my ears out with hydrogen peroxide.  Okay, I’m game.  If nothing else, my ears feel all nice and clean right now.  I went ahead and swabbed out my nostrils as well.  Might as well try and kill all the germs in one fell swoop.  I’m planning on doing this one every morning.

The second remedy involved honey and cinnamon.  I got one of those silly, email forwards from my mother earlier this week that claims honey and cinnamon can cure anything from the common cold, to arthritis, to acne.  Again, I’m willing to try anything right now.  I don’t have time to be sick, and with two small children, rest is pretty much a foreign concept around here.  So, I took two tablespoons of honey, two teaspoons of cinnamon and mixed them in a coffee mug of hot water.  It tasted pretty good, but I didn’t really think about the fact that cinnamon doesn’t disolve in hot water and the drink was pretty sludgy toward the bottom.  I drank it down anyway though and if nothing else, my breath is nice and cinnamon-y right now! 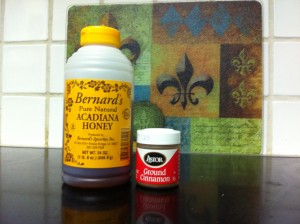 Remedy number three.  Zicam!  Okay, so it’s not really a “home” remedy, but it does have a lot of vitamins and it seemed to work this summer when we went to Sweden and I was fighting the symptoms of a cold. 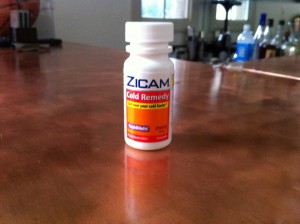 Between these three things I am confident that I will DEFEAT these tiny, nasty germ invaders in my body!  Power of positive thinking, right?

So, Internetz, what tried and true remedies do you have for fighting the common cold?  I’m a pretty willing guinea pig at the moment, so fire away!

This entry was posted in Love. Bookmark the permalink.