Another day, another incredible restaurant!  Man, my life is tough!  December 8 found us, joined by my good friend, Kristina, at Bourbon House.  The dining room is beautiful at this restaurant and one of my favorite features is the open oyster bar.  So very New Orleans! 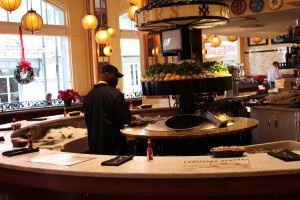 I also LOVE these lanterns! 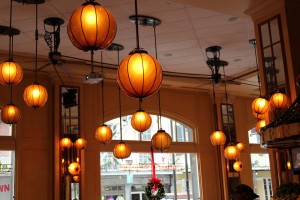 Lunch was incredible, if a bit challenging because C was very tired and bit overstimulated.  So, basically, unless he was being held, he was going to annoy the rest of the restaurant.  So, hold him I did!  Fortunately, I’m getting pretty good at eating one-handed and I didn’t order anything that needed cutting.

For my appetizer, I began with the Duck Confit Salad.  I’m not used to eating duck cold, but this was a very tasty salad.  The spiced pecans were only okay, but the rest of it was very good.  Kris began her meal with the Caesar Salad.  (I think this is the only restaurant that I managed to remember to photograph not only my food, but my dining partner’s as well) 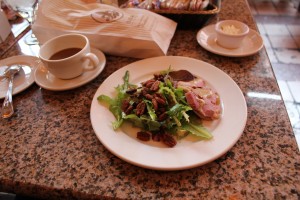 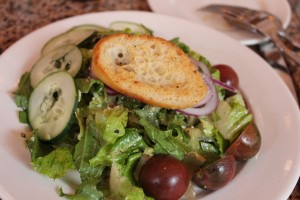 Entrees followed and I enjoyed the Pasta Bordelaise.  It was a fairly simple dish, but loaded with seafood and quite enjoyable.  Kris had two appetizers as her entrees and I think I enjoyed her choices even more than my own.  She had half a dozen oysters topped with caviar and I really loved that extra saltiness that the caviar added.  She also opted for the Escargot Casino, which was one of the best escargot dishes I have tried.  The sauce had an almost country rusticity to it with the bacon and creaminess and was absolutely delicious!  I will have to go back for that one once my dieting days are behind me!  By the way, writing up these posts while also attempting to curb my eating is not easy, I hope you appreciate them! 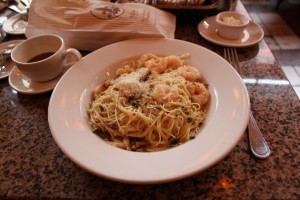 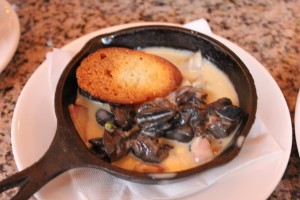 Surprisingly, I skipped dessert at this restaurant as well.  The menu looked great and thinking back, I’m even more shocked that I didn’t try one, but I think I was a bit flustered with my unhappy boy and wanted to get out of there before he got even crankier.

Overall, I was pretty happy with my experience at Bourbon House.  The food was really good, but our server wasn’t the greatest.  She would disappear for extended periods of time and was a bit slow when we did ask for things.  It wasn’t bad enough to never go back, but it was a bit disappointing that she wasn’t more on the ball.

Four bells down, six to go! 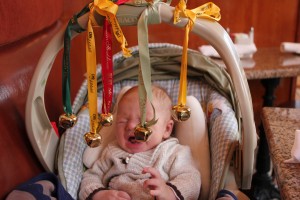